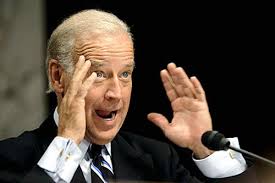 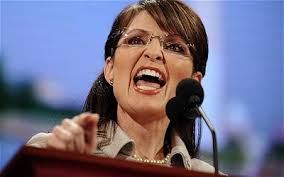 Even if you spend most of your time reading the Bible, praying and texting your friends, you must have heard something about the national and state elections in five days. Those of you who are U.S. Citizens should plan to vote in whatever state you have your residence. I know that some of you are international students who do not always understand U.S. Politics such as the two news clips we just watched. Maybe something I say today will help give context for the news you hear. One tension is between Democrats like Joe Biden who say rich people should pay more taxes so the government can provide services to the poor and middle class and stimulate the economy during a recession. In contrast, Republications like Sarah Palin say the recession will be stopped only if the government stops borrowing money, cuts taxes, and allows the business community to create jobs for the unemployed. The ideas seem to be polar opposites.

The two dominant parties have been arguing about paying taxes for forty years. In 1972 some of my friends in the peace movement were tax resistors who opposed the war in Vietnam. They said that we should not voluntarily pay taxes that go to invade countries in Asia that had never endangered U.S. national security. Republicans, including Richard Nixon, called peace activists traitors and criticized the Democrats for tolerating tax resistors in their party. Democrats were defined by their opposition to taxes for war. That was then; this is now. In 2010, the parties have reversed their positions with a focus on the economy. Democrats are calling for more taxes to stimulate the economy and help small businesses and the unemployed. Republicans are talking like tax resistors opposed to the deficit and entitlements such as medicaid and welfare. How are Christian citizens supposed to think about taxes?

As Christians of whatever country, we need to base our votes partly on our identity as disciples of Jesus Christ, while we educate ourselves to be informed about the complex issues facing the nation. When the story of Zacchaeus was assigned to me today, I asked myself – What did Jesus think about paying taxes? Would Jesus agree with Sarah Palin or Joe Biden? Then I thought – what would Joe Biden and Sarah Palin say to Zaccaeus?

Zacchaeus was a tax collector under the Roman government. It was a very different political reality than today. Rome was a conquering enemy that forcibly collected high taxes to pay for their military forces stationed all over the known world. There was no competing Empire to Rome, and the Roman army was everywhere to stop local rebellions. Israel was a place of frequent rebellions, and the troops required to keep the Hebrews under control were very expensive.

Tax collectors were not popular among the people – for two reasons. First, the people hated the oppressive empire and burden of taxes that impoverished them; second, the tax collectors made their living by collecting more than the Romans required. The people thought of tax collectors as crooks who stole from the people.

We don’t know exactly what Jesus said to Zacchaeus, but Zacchaeus had a change of heart and agreed to give half of his money to the poor and give money back to anyone he had stolen from.

Perhaps Joe Biden would have said – Zacchaeus, you have benefited from this political system. You should be willing to give back to the community in order to help others. You have done a good thing by showing compassion for those in need. Those who are rich should be willing to pay more taxes as their patriotic duty.

Sarah Palin might have said: Zacchaeus, you have been working as a government bureaucrat for many years, taking money away from honest business leaders who create jobs and make our community better. Our people don’t need charity; they need jobs. You should invest your money in a business to create more jobs so people can live with dignity. It is not patriotic to pay taxes that could better be used by the private sector to create jobs.

Joe Biden and Sarah Palin differ on their answers to these questions, and they both claim they follow Jesus.

Joe Biden could say – Jesus spoke frequently about the poor and how important it is to share our resources with the poor. Many times he urged his followers to preach good news to the poor, to feed the hungry, to visit those in prison, and to comfort those who are sick (Matthew 25). To the extent that the U.S. Government provides necessary services such as social security, medicare, medicaid, and welfare for the poor, Christians are obligated to pay taxes. In addition taxes pay for local schools, public libraries, roads, and police protection.

Sarah Palin could say – Jesus never encouraged his followers to pay taxes to the Roman government. He invited tax collectors to leave their occupations and follow him. He convinced Zacchaeus to pay back all the money he had stolen by collecting taxes. Once he got a coin out of the mouth of the fish to get the Roman government off his back, and another time he answered with a riddle – Render unto Caesar what is Caesar’s and unto God what is God’s. The government cannot continue to borrow money to pay for services we can’t afford. We should cut taxes and trust our business community to invest in the future, not borrow money our grandchildren will have to pay back.

At different stages of my life I have found myself on both sides of this argument. I did not refuse to pay my taxes during my active years in the peace movement. But because of my pacifism I supported my friends who were tax resistors. Today, the current military budget plus the national debt from previous wars make up 54% of the federal budget,1 more than social security, welfare and medicare combined. One might make the case that tax resistance can be justified on the basis of Scripture.

On the other hand, I have been sympathetic to the Democratic arguments that the government has a responsibility to provide a safety net for vulnerable people in U.S. Society. In 1968 I was a part of the Poor People’s Campaign that brought together representatives from many poor communities – white, black, and Latino. We lobbied the government for an anti-poverty program that would extend the civil rights laws of 1968-68 to include economic issues. Poor people wanted better chances to join in the benefits of the growing U.S. economy. The Poor People’s Campaign did not reach its goals in terms of new legislation but it did inspired many young people to become involved in nongovernmental organizations to empower people in local communities. When politicians today call for revisions in the safety net and say we cannot afford the big entitlement programs, I fear what could happen for many people who count on the federal welfare and national health programs. I worry about unemployed persons during the current recession and the long-term prospects for good jobs in the future. I believe that the U.S. Government should help people who are vulnerable in our society just as the Bible calls Christians to hospitality toward immigrants, orphans, and widows.

I believe the Bible encourages Christians to support or oppose taxes depending on the current situation. Jesus taught resistance to corrupt authorities who created war and poverty and endangered vulnerable people, and Jesus taught compassion and active engagement with the poor – “as you did it to one of the least of my children you did it to me.”

So what do we do in a polarized political climate like the one between Joe Biden and Sarah Palin? Each argument depends on a particular reading of the Bible and the role of government in people’s lives. And each depends on a certain understanding of the current political realities of the day.

Should we favor taxes, or oppose taxes?

When St. Paul was faced with an ethical dilemma that he knew would divide the people at Corinth, he stepped out of the pulpit and made a personal statement. “This is not the Lord speaking; this is just my opinion.”2 As religious leaders, we are granted the pulpit with trust that we will exercise the power we have been given with fidelity to the word and compassion for the people. When faced with a divisive issue, we should not use the pulpit for our political agenda. So I will step out of the pulpit and speak to you as a U.S. Citizen. This word is not from the Lord; this is just me speaking.

WALK OUT OF THE PULPIT

I believe that the political debate in 2010 is best framed as a question of compassion for the poor; therefore I am willing to pay more taxes. I agree with Joe Biden more than Sarah Palin.

Zacchaeus was converted because he caught Jesus’ vision of a beloved community where people cared for one another during hard times. He repented of his role of exploiting the poor in order to get rich. He was willing to risk his job with the government to do the right thing even though there was no guarantee about his personal future.

We don’t know what happened to Zacchaeus – whether he stopped collecting taxes, or whether he became a good tax collector who did not cheat the people.3 Hopefully he became a more compassionate human being who never again returned to thinking only of his own needs.

Christians can, like Zacchaeus, strive to become compassionate human beings who care for other citizens of our nation, and for the citizens of other nations who are affected by our government’s actions in the global community. Amen.